Difference between Summer and Winter Sky

Astronomy is a hobby for the whole year - because with the seasons the sky constellations changes as well.

Often we forget that our Earth itself is a spaceship that moves around the sun at about 107,208 km / h (average value).
If we take the speed of the solar system around the center of the Milky Way, we move to this center at a rapid 790,000 km / h through space.
If you do not believe that, you can read it at DLR: here ;-)
(Image: NASA "Rising Earth")

On the journey of our earth around the sun, which is known to last a year, not only change the seasons, but also the direction in and out of our Milky Way.

And so the sky and its visible objects are different, depending on the season.
In the summer, we can admire many clusters of galaxies (such as the Lion or the Virgin), while in winter we can admire the well-known Orion Nebula. At the zenith we have year-round Andromeda and the Hercules faithful companions.


During summer, because of the position towards the sun and the tendency to earth, we look into the center of our Milky Way, while in the winter we look into the side branch of the Milky Way, "out" into space.
The picture on the right illustrates this schematically.
(Wallpaper: NASA / JPL-Caltechâ €? - Schemes: Own illustration)

This explains why the summer milk route is much brighter and more pronounced. Whereby, strictly speaking, we are not looking directly into the center, but rather at the imposing stardust clouds that cover the center.

While the winter milky way "only" one of the expiring spiral arms shows. In this direction, the star density is much lower. Since we can not look anywhere with the eye, in winter the sky seems "paler". The most famous winter star image of the northern hemisphere is the Orion.
(His fog is by the way one of the most exciting observation objects of the winter.)

Here is a picture, taken by our customers.

One of the most famous summer constellations in the northern hemisphere is the swan
with its numerous nebulae and star clusters.

Also a picture taken by our customers.


Only the constellations in the north are preserved year-round, as the well-known Big Dipper / Bear from the Northern sky.

Thus every season has its special charm for astronomers.

And as summer comes to an end, the Pleiades rise on the horizon, followed by Orion in late autumn until well into winter. And when the planets Saturn and Jupiter ascend earlier in the evening, spring slowly announces itself again, followed by the magnificent summer milky way.
Back
More about...
Information
Payment methods 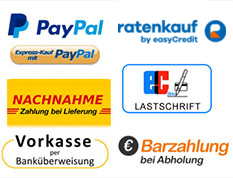